We know that real estate clients want to deal with consultants that have knowledge, expertise, honesty and integrity, and are committed to achieving the best possible result for them.

John Bateman Harcourt, head of one of Wellington's first families, establishes real estate and auctioneering company, Harcourt and Co. Two of his sons, Gordon and Stanton later join him and by early 1900s it boasts five trading divisions.

Harcourt and Co publish the first edition of the Register and Property Investors' Guide.

Harcourts witnesses potentially its most dramatic Auction in history when a woman attempts to murder a builder attending an auction by shooting him with a revolver.

Stanton Harcourt joins the family business and goes into Partnership with his father JB Harcourt.

Harcourt and Co moves to prominent premises on the corner of Lambton Quay and Panama Street.

Gordon Harcourt joins the family business after returning from the war.

JB Harcourt passes away, one month after being made a life member of the Chamber of Commerce.

Harcourt and Co. makes its first major move outside of Wellington by establishing an Auckland valuation practice.

Harcourt and Co opens a commercial sales office in Auckland, followed by a property management and a consultancy practice.

Following negotiations with Stephen Collins from Christchurch-based Collins Real Estate a joint venture company, Harcourts Real Estate Ltd, is formed to operate the residential and rural side of the business.

Harcourts Edward Rushton, the valuation department of Harcourts is introduced.

Stephen Collins assumes chief executive role of Harcourts Real Estate Ltd. A commitment is made to become a nationwide property services company which begins a period of vigorous expansion throughout the North Island.

Real estate companies in Palmerston North and Auckland are purchased and a south Auckland company follows soon after the share float.

The first Harcourts full - color Property Magazine, known as the Bluebook, is launched in Christchurch featuring more than 150 local properties listed with the firm.

The purchase of a large shareholding by the National Bank of New Zealand allows the introduction of a mortgage finance package for Harcourts clients.

Harcourts introduces the Harcourts Real Estate Annual Scholarship. The first scholarship was awarded to Ms. Brigette Leckie who is currently the Director, Intermediary Relationships for AllianceBernstein in Sydney.

Harcourts begins franchising its 60 offices nationwide, with the first in the North Island being Wairarapa and then Nelson in the South Island.

Harcourts has doubled in size and now has 110 franchised offices nationwide.

Paul Wright is appointed as the General Manager of the Harcourts Group.

Harcourts sells more than $3Billion in property sales for the first time.

Harcourts launches the first national public searchable property database on the internet. The website attracts 600 visitors for 3,000 properties viewed on the first weekend.

Harcourts launches the partnership with the New Zealand Fire Service.

Harcourts breaks the $4 billion in sales per year barrier.

Harcourts has 170 offices in New Zealand and Australia.

The franchising business system, The Harcourts Way, is launched online.

Harcourts Hall of Fame is launched to recognize those who have made a significant contribution to the brand.

Harcourts focuses on growing its rural market-share and strengthening its presence in Auckland by opening 11 new offices.

Harcourts opens its 200th office and achieves sales in excess of $5 billion for the year.

Harcourts achieves 100,000 visitors per month to its New Zealand website.

Harcourts launches The Academy, a training academy providing courses for sales, management, and administration to develop skills and to assist those wanting a career in real estate.

Harcourts achieves 150,000 visitors per month to its New Zealand and Australian websites.

Harcourts now has a total of 250 offices in the South Pacific and close to 2500 sales consultants.

Harcourts manage the sale of over 1,000 properties in a single week and over 4,000 in a single month.

Harcourts International manages the sale of over 44,000 properties recording $11.5 billion in sales up 48 percent on the previous year.

Harcourts expand into Fiji with its first office opened in Suva.

Harcourts becomes exclusive South Pacific member of Leading Real Estate Companies of the World, a worldwide network of real estate companies with more than 700 companies and over 3,500 offices across the globe.

Harcourts takes ownership of the Roy Weston Group of 50 Offices in Western Australia and 15 offices in Indonesia www.royweston.net.

Harcourts New Zealand website www.harcourts.co.nz is ranked the number one Company website with over 150,000 unique visitors per month.

Harcourts starts a successful relationship with the Disney Institute Programme.

Harcourts has 431 offices across Australia, New Zealand, Indonesia, and Fiji.

Harcourts launches another Australasian first by including Google Mapping system on its public websites.

Harcourts announces full ownership of the mortgage broking company it was instrumental in setting up in 1997, Mortgage Express Ltd.

Harcourts announces a joint venture with the MPRE group of 21 offices in Victoria, Australia to create MPRE Harcourts. Harcourts now has offices in every state in Australia.

Harcourts expands into China, partnering with a major Shanghai developer, and opens in Shanghai.

Harcourts International launches its own charitable foundation - The Harcourts Foundation 'to provide support that helps, grows, and enriches communities'.

Donations to the Harcourts Foundation reach $500,000.

Harcourts has over 615 offices, operating in 9 countries and completing in excess of $22 billion in written sales.

Harcourts Complete, a free service offered to all Harcourts clients providing all the relevant real estate services required before, during or after a transaction is launched.

Harcourts celebrates 125 years since founder, JB Harcourts first started the company, then called Harcourt & Co. Over the past 125 years, Harcourts experienced astronomical growth, from becoming the largest and most recognized real estate brand in New Zealand to ranking amongst the top three real estate companies in Australia.

footprint grows across the USA, Indonesia and for NAI Harcourts.

mobile apps have been recognized by Apple as the best in the real estate industry internationally. We are world leading!

Harcourts launches its refreshed group of brand out into the marketing place across all countries.

Harcourts expands into Canada opening its first office in Vancouver. 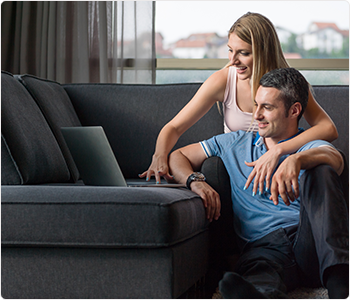 We know that real estate clients want to deal with consultants that have knowledge, expertise, honesty integrity, and are committed to achieving the best possible result for them.

Send Us A Message

Our Business will be
OPEN SOON